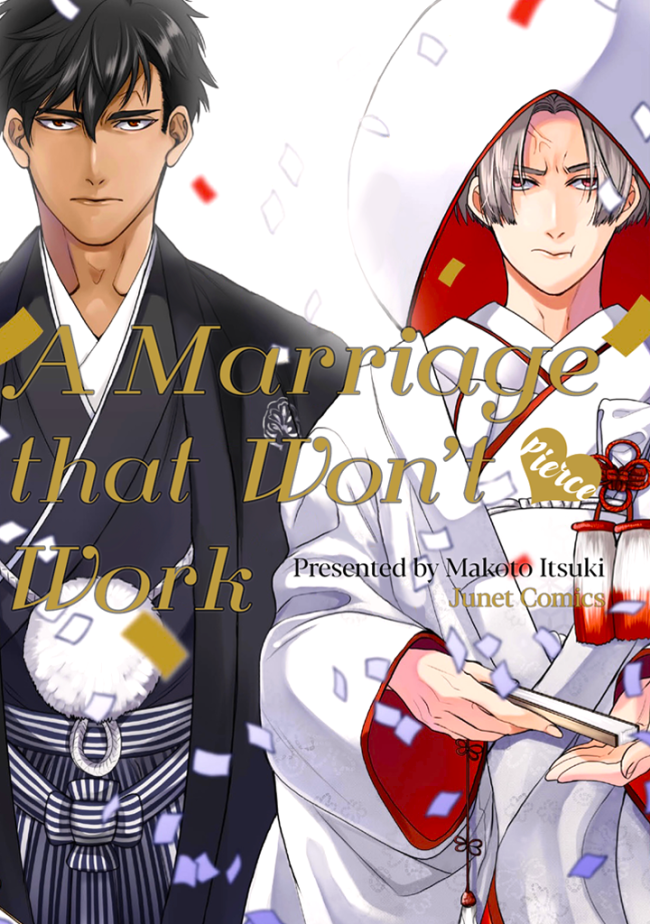 The chain of misfortunes begin to happen when a man and woman from conflicting villages committed double suicide from having their love not recognized. With various disasters occurring, the villagers who were scared of their wrath offered a pair of a man and a woman from each of the villages. Since then, they have been appeasing their souls and avoiding disasters by having the married couples join together as one.

Because of an unbelievable tradition, Momoki Shirakawa became the bride of Chikage Kurotaki, who’s from the neighboring village, overnight. Overwhelmed by the pressure from both families, he accepts his fate and wears a white kimono, but his terrible newlywed life with Chikage is surely about to start!!

An unsuccessful match both heart and body?! A marriage BL with an inevitable path to divorce!