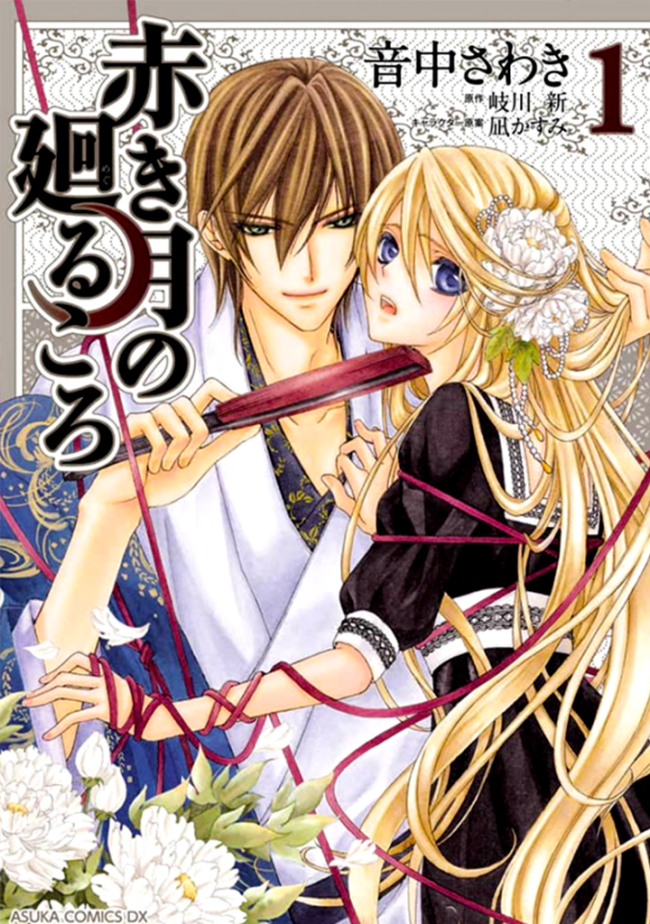 Riu is the only daughter of Kioka Saenji, the 11th generation head of the famous Rokugi Kabuki theatre house. Since she was small, she has had a recurring dream about a man under the red moon – a man she didn’t know, until she attended one of the performances of her brothers. The man turns out to be Rui, one of the heirs of the Akatsuki house.

The Akatsuki House is distantly related to the Rokugi House. Just recently, the 10th head of Akatsuki House, Ashikawa Enjuuro, died. The family is on the process of choosing his successor among the three adopted sons, one of which is Rui.

What relation will Riu have with Rui? Why does she dream of him dying every night?